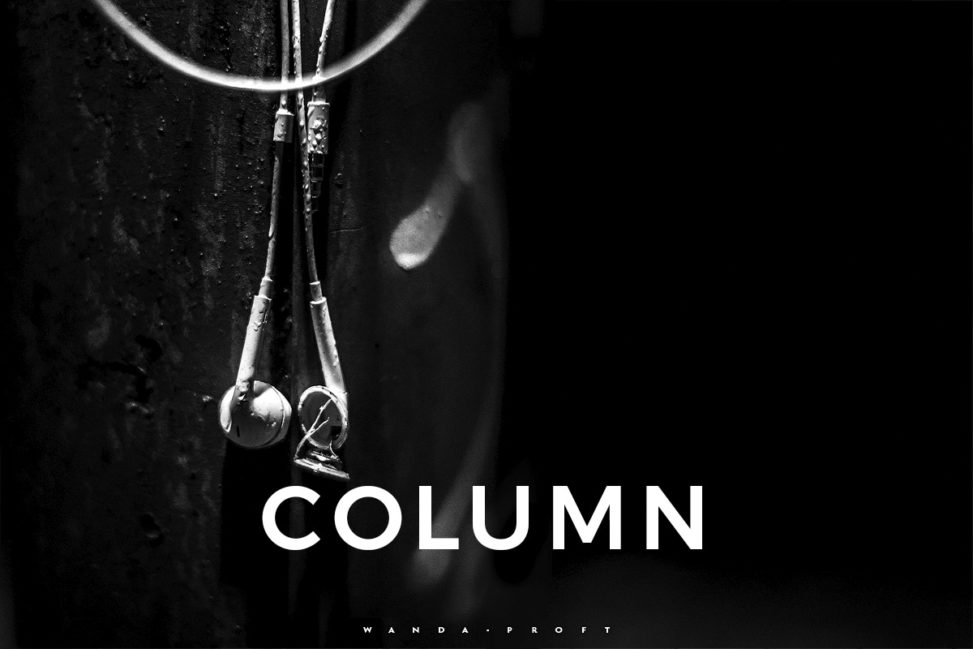 Death came ›close‹ to us when the venue Le Bataclan and other places in Paris were attacked on 13th of November. Pleasingly, only a few people in my environment limited their reaction to the words »this could have been me«. We were all numb, I felt and still feel speechless too. But in moments like this when we feel the suffering of others, it should not be about us—it should be about them, their friends and families. It is only about us, when someone we know is among the victims.
Still—this is natural—for many of us (me included) there indeed is a closer connection as we are part of the world of music as musicians, fans, managers, staffs, technicians, photographers, or writers. Many of you, I know, have even been in this particular venue. What if the attack had happened on 2nd of October when MIYAVI played there? What if it had been another city, maybe the one you live in? It’s been a show of the American rock band Eagles of Death Metal in Paris that day, but it could have been different. Of course, it could have been you, me, us. And as the events affect our way of life, it happens automatically that we feel closer to these victims then to others.

It isn’t a bad thing to be ›closer‹ to one group of people then to another—it is an opportunity! The feeling of »it could have been me« and »this happened to people close to me« gives us a small glimpse of how it must feel like to be in a life threatening danger.
This should not at all set us in a panic mode. Believe me, in our still so safe countries of the so praised »free / western world« it is much more likely to die in an accident or because of an illness. Go out, don’t stop living your life. But take this feeling, and open your eyes for those victims who are not close to you. Let’s take this more or less self-centered feeling, and use it for selflessness by seeing those victims we tend to ignore. Because our ›far away‹ is so close for many others. Because our »could not happen to me« does happen to others.
Some said it is especially cruel to kill people, who were »only enjoying their life and expected no harm.« Was it any less cruel when it happened to the members of Charlie Hebdo in January, who knew that their work made them a target? Why do we feel more concerned by the attacks in Paris than the one in Beirut the day before? Was the loss of a friend or family member in the fire in the night club Colectiv in Bucharest, at the end of October, less painful? Maybe it is the number that is so shocking? What about the people in trouble spots world wide? The refugees dying in the Mediterranean Sea? What about those people dying because of Russian and French bombs on Syria?

The feeling of ›being attacked‹ by events that didn’t attack us in person isn’t easy, but let’s embrace it. Let’s take the chance it offers to us, and let’s do something good with it. Let it drive us to open ourselves, to be less selfish and to support those something happened to!
And, as we are shocked by the cruelty and bigotry of the attackers, let’s not continue the circle of violence by hating other people and saber-rattling. Let’s educate ourselves by asking what drove the attackers to do what they did. Understanding will lead us to prevention, killing more people won’t. An eye for an eye will only play into the hands of those agitators we wish to stop. Let’s think about how to change our societies and countries into a direction we want it to be! In my point of view, opening our eyes to those in our environment we tend to ignore, but who actually need our help, is a very good start.

I am not afraid of terrorists. And hate doesn’t help us. Fear, hatred, and blind revenge will only create more attackers and wounded people. So, let’s be the love in the world against the lovelessness.

There is so much music to support us in this fight against hate—but my song tip today is:
Sugizo NO MORE MACHINE GUNS PLAY THE GUITAR

I am thanking each and everyone who commented on this topic in the past days. You already spoke about many aspects, which, therefore, I don’t need to repeat here.

The photo was taken in the late evening of November 13th before I heard the news. I didn’t know at the moment I pressed the shutter, but now it strangely reflects my mood of numbness more accurately then many spoken words are able to.