The mellow, intense and simultaneously forceful Japanese Rock band She, in the haze consists of three multi-talented artists. Also being a graphic designer, the keyboarder and guitarist an created the band’s EURO TOUR 2018 logo with simple yet strong shapes. 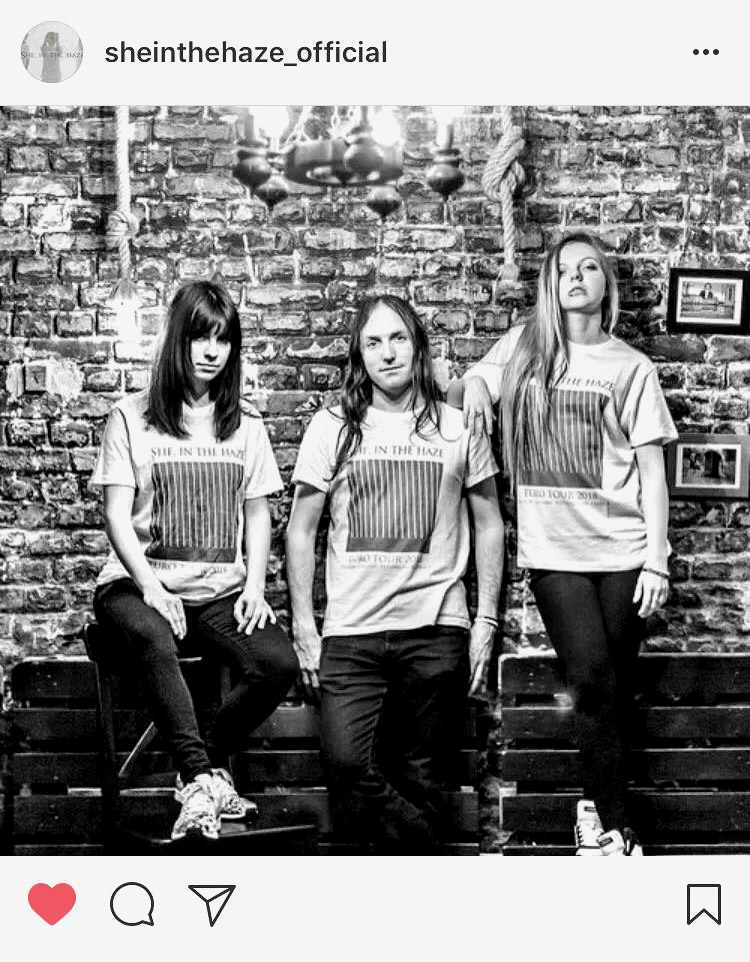 Printed in grey on white, soft cotton, the tour shirts were both a visual as well as a haptic pleasure—and thus the staff members Kim, Antoine and Magda wore them with joy. Channelling the good vibes after the last show of the tour in Lille (France), we set up an impromptu shooting session upon request to promote the sales of the remaining shirts in Japan.

Presented with an ideal background but an uneven light condition, a detailed adjustments was necessary in the edit afterwards. The resulting and intended rather flat effect in the photos connect to the graphic appearance of the shirt design. I processed the photos in a high contrast monochrome look for the same reason. 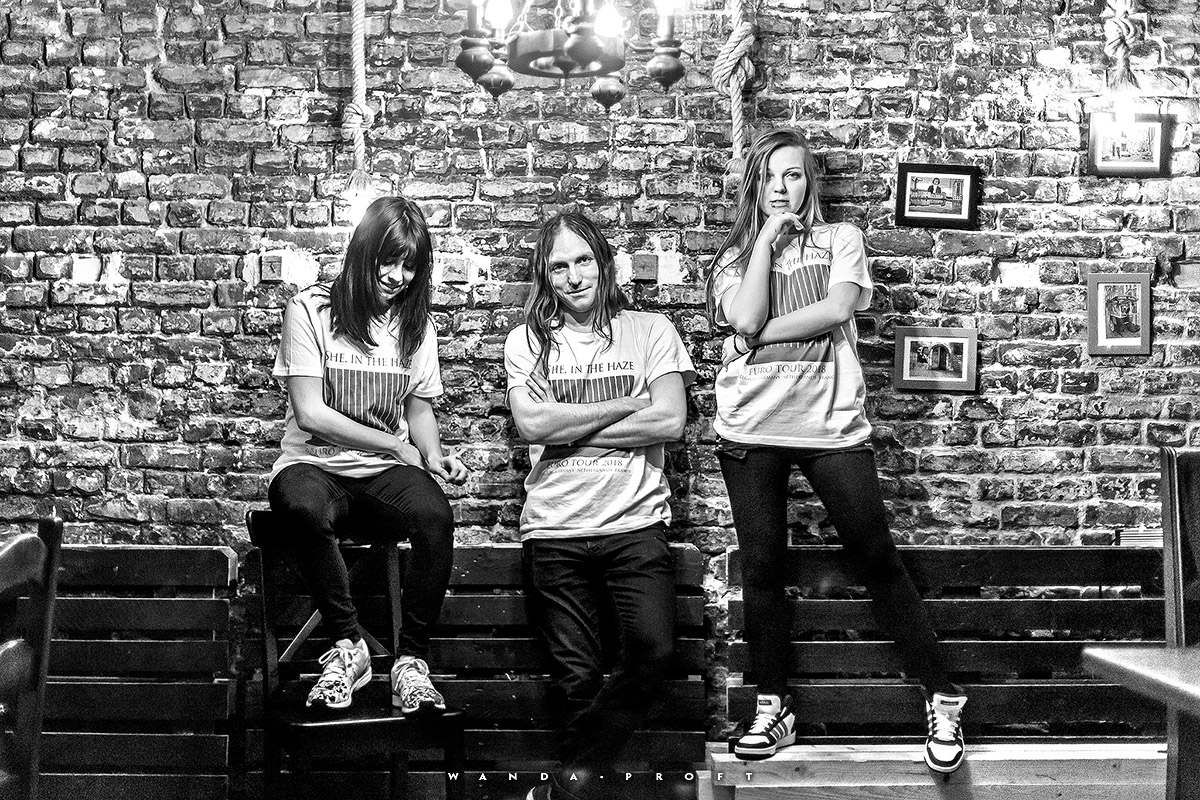 Touring with She, in the haze has been a motivating time as they are all kind and talented musicians with a sense for detail and the will to invest a lot of effort. This photo shooting rounded up an overall impressive journey with a band that captivated every person in the audiences, no matter how hesitant he or she initially was.