During the interdisciplinary, multicultural course ›contextual studies‹, we worked on a sociological analysis about the Japanese concept of ›tatemae‹ and ›honne‹. In our findings, we described these aspects as ›parallel realities‹ of which ›tatemae‹ is a »formal surface reality following social rules« and ›honne‹ an »informal inner reality that disregards social parameters«.

In contrast to our initial speculations, these seemingly diametrically opposed aspects are neither typically Japanese nor mutually exclusive. All human civilisations differentiate between polite and informal behaviour and use scaled levels of trust and allow different private insights. Thus, having particular terms is merely part of the Japanese way of doing so. 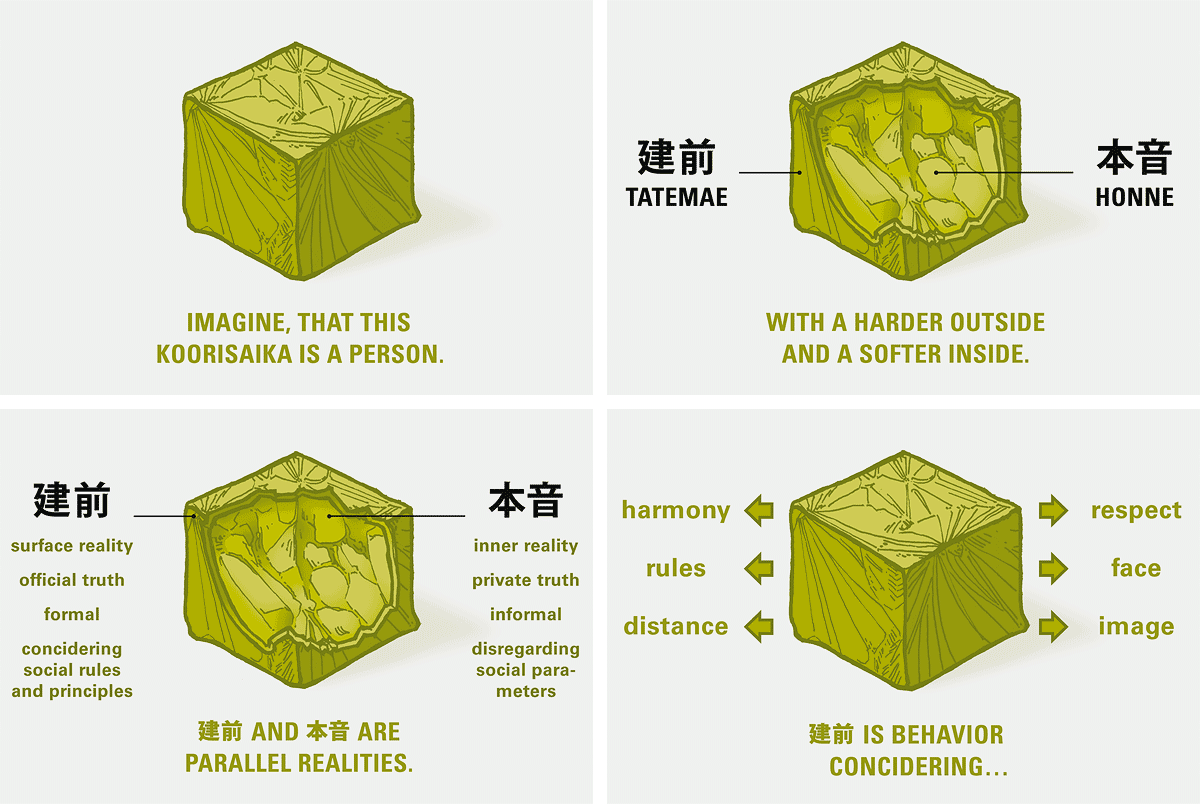 Up until today, I regard this project as one of the most outstanding group works I have participated in. Above and beyond a huge and equal input of each group member, we thrived from our versatile cultural backgrounds as well as different academical faculties.

We were able to develop clear findings and used design to publish them. As a metaphor for people, we used ›Koorisaika‹, a Japanese candy one of our group brought as a gift. A short movie illustrated our thesis with examples. All in all, I deem this analysis as a stepping stone for my goal to combine my various interests in culture, design, and sociology.